Jose O’Connor’s is run by Carthage native, Amiee O’Connor and partner, Jose Alvarado. Amiee and Jose took over the former Keddy’s restaurant in 2010, upholding the reputation of treating every guest like family. In May of 2012, the name was officially changed to Jose O’Connor’s.

The new restaurant serves dinner five nights a week with a menu that offers varying nightly dinner specials. With a full tasteful menu offering artisan style lunches and dinners, patron’s young and old alike will agree that it puts Carthage on the map as a culinary destination.

The Flavor of success...

Both having professional restaurant experience in New York City, Ms. O’Connor and Mr. Alvarado bring a high level of culinary training to their business. Chef Jose Alvarado has showcased his talents at the Annual Taste of the Town fundraising event in Watertown, NY, winning the prestigious “Best Taste of the Town” Award twice! Williams Sonoma, a large culinary brand based out of California, has also recently highlighted Jose’s homemade sauerkraut recipe alongside two other dishes on its website and in its catalog. In addition, the Carthage Area Chamber Of Commerce has selected Jose O’Connor’s to be awarded the 2012 Small Business Award.

Every meal served at Jose O’Connor’s is flavorful and unique. They range from Chef Jose’s original recipe salsas and tacos, to his exquisitely prepared prime rib and fresh fish dinners. Dinners are prepared with seasonally fresh ingredients that pair perfectly with the four seasons here in the North Country. 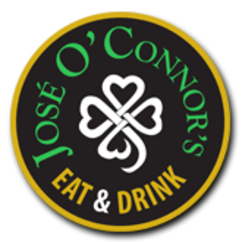